ATHOS: THE COLOURS OF FAITH 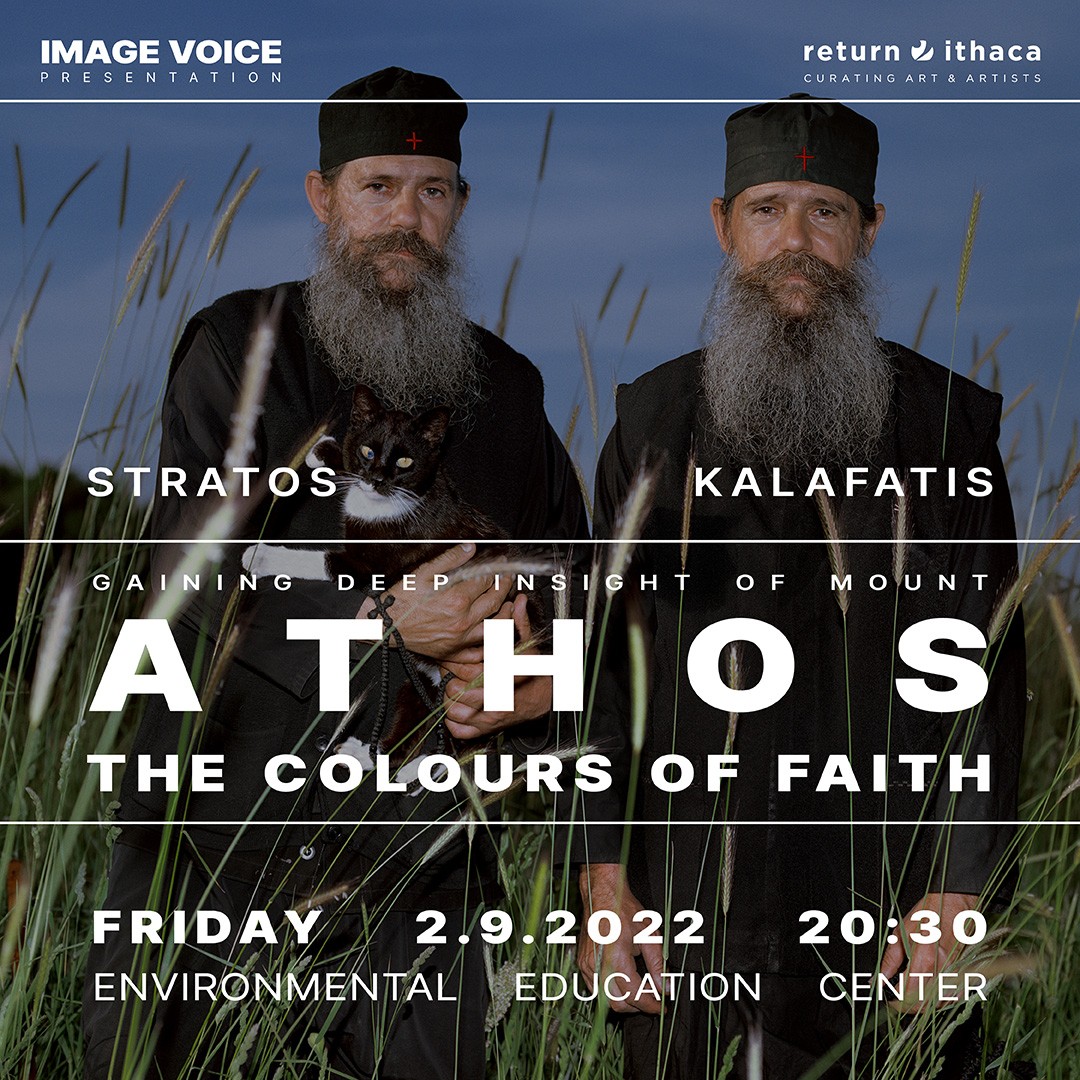 Stratos Kalafatis devoted years of his life to exploring and gaining deep insight of Mount Athos*: its landscapes, monasteries, but most of all of the people who inhabited it. In the period 2008-2013, the author traveled to the Holy Mountain more than 30 times and spent 200 days and nights in photographic pilgrimage to develop a deep understanding of this world of seclusion and spirituality.

„Mount Athos is not prone to being captured, not only because the monastic community rejects photography as a desecrating act, but also because of the need for long-term observation to reveal its essence. It is shrouded in picturesque semiotics, bizarre folklore and conservative parables of miracles. In the general atmosphere of silence and mystery, past and present, tradition and freedom, power and weakness, darkness and light intertwine...[...] There are no avenues on Mount Athos, just dusty tracks whose twists and turns always take you to the unexpected. That‘s where the secret paths begin that lead you to monasteries, sketes, cells, wells and caves; to little retreats and to real life hermits“ shares Stratos Kalafatis.

Through a vision that is as spiritual as it is aesthetic, Kalafatis‘ photographs manage to convey the essence of this unique place, its history and millennial tradition, to depict the nature that has remained almost untouched and the wild beauty of the landscape. The photographer focuses on the faces, the details of everyday life, perceives the slow passage of time, the contrast between inner wealth and ascetic poverty. These elements, combined with the language of modern photography, create an unusual story of Mount Athos in an extremely personal style, true to the author‘s photographic principles. “An original story of a photographic adventure that has led to the development of unique production - both documentary and poetic - that goes far beyond the conventional sharing of experiences [...] Following in the footsteps of the photographer, we see friars of all ages, from elderly bearded monks with wrinkled faces to beardless adolescents untouched by the impact of time. Their images are captured with tenderness, friendship, respect, sometimes with sincere love, as in the portrait of a young man holding a golden-brown butterfly in his hand. […] Central to Kalafatis‘ work is the selection of colour by processing the negative in an effort to sharpen the effect of abundant light on tonalities,” writes the French critic Christian Caujole.

Stratos Kalafatis is a photographer, curator and teacher, born in Kavala in 1966. He lives and works in Thessaloniki. He is a former athlete of the Greek national track and field events team. After graduating from the Aristotle University of Thessaloniki in 1987, he studied Photography at the Art Institute of Philadelphia, between 1991 and 1993. Upon his return to Greece, he organized numerous exhibitions, seminars and workshops. He participated in the establishment of the MOMus – the Thessaloniki Museum of Photography and became director of the Photographic Center of Skopelos Island in Greece.

His photographs have been featured in numerous solo and group exhibitions, including the 10th Venice International Biennale of Architecture, Greek Participation, Backlight 7th Tampere International Triennial in Finland, the 10th Edition of PhotoEspana, Les Rencontres d‘Arles, the Museum of Modern Art, Fukushima & Saga, Japan. He has published four photography books in cooperation with Agra Publications: Archetypal Images (1999), Omonoia 2000 (2000), Journal (2004), Athos.The Colours of Faith (2014). The exhibition „Athos. The Colours of Faith“ has been shown in dozens of museums and galleries around the world, including Bozar Centre for Fine Arts in Brussels and the Manege Central Exhibition Hall in St. Petersburg. Stratos Kalafatis is represented by the Bernier Eliades Gallery in Athens.

* The Athos Peninsula, governed as an autonomous polity within the Hellenic Republic, namely the Monastic Community of Mount Athos, is a hard-to-reach mountain range in northern Greece. There are twenty monasteries in it, accommodating two to three thousand Orthodox monks - Greeks, Bulgarians, Romanians, Russians, Serbs and people of other nationalities living in seclusion. This region, considered the spiritual center of Orthodoxy since 1054, has a special status of autonomy. A civil governor appointed by the Greek state handles administrative and judicial matters. All monks - Greeks and foreigners - have equal rights. The republic is exempt from taxes and monks are not subject to census. Visits are only allowed against a special entrance permit. Only men are allowed, and the presence of „any female being“ is banned. Every year, about 35 000 people from all over the world visit the peninsula, which is on the UNESCO World Heritage List since 1988.